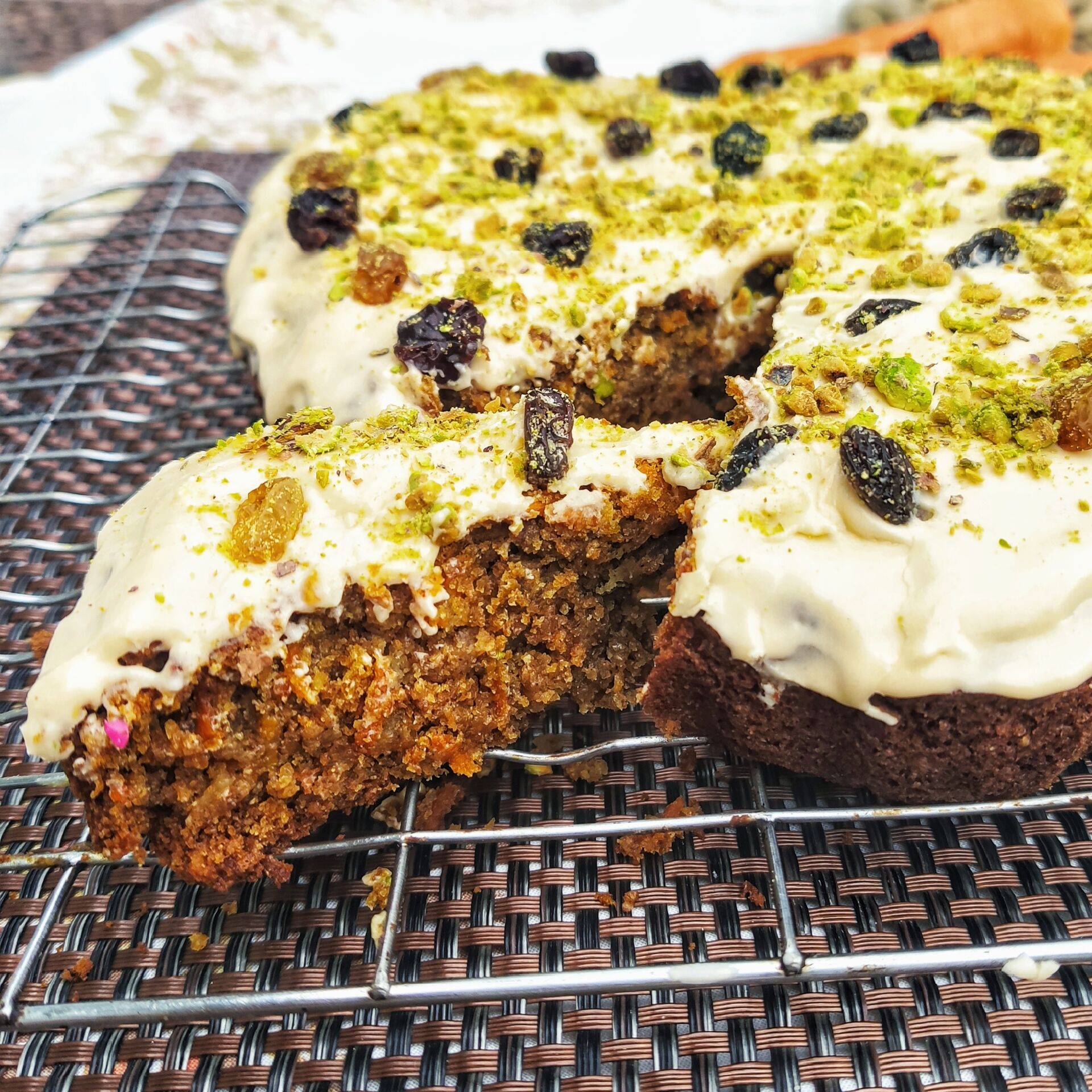 If you’re looking to make an impressive vegan cake that everyone will love, then this orange tahini carrot cake recipe is the perfect solution. The orange infused tahini give this carrot cake so much flavour as well as a super moist texture.

I know tahini in a carrot cake sounds very random, but you have got to trust me on this one- it works so well as it gives this cake such a moreish rich nutty flavour. For this tahini carrot cake recipe, I used orange flavoured tahini but I know this is quite hard to get your hands on, so you can flavour your own tahini instead (I’ve included this version in the recipe). This orange tahini was also used for the frosting too so you can substitute it with your homemade one instead.

Carrot cake is usually topped with walnuts but I topped this one with pistachios as I thought this goes better with the middle eastern tahini flavour.

If you want to try out my other cake recipes then check out my layered Chocolate Banana and Peanut butter cake and vegan Pina Colada Cake.

I use a combination of wholemeal and plain flour in this tahini carrot cake recipe as it gives the cake a more wholesome taste but if you only have plain flour then substitute the wholemeal flour with all plain.

Vegan carrot cake topped with an orange tahini frosting and crushed pistachios. I've included two versions here- one with shop bought orange tahini, and one if you are making your own.

For the orange tahini

You may also enjoy:

This site uses Akismet to reduce spam. Learn how your comment data is processed.